A chapel blessed by a maestro.

The Chapel in Forest was built using highly-prized 700-year-old silver pine wood from Finland.
This is a historic chapel with ties to Leonard Bernstein, one of the greatest musicians in the 20th century. 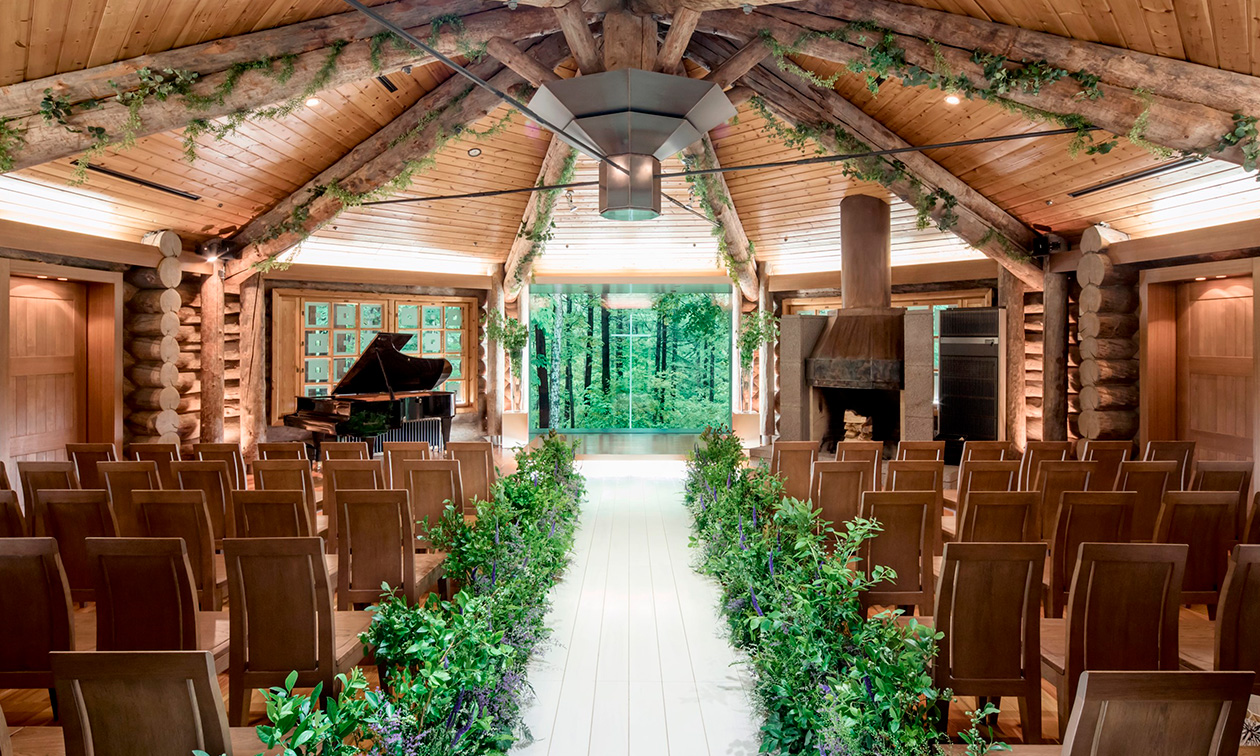 The beautiful forest that changes with season is seen through glass, highlighting the white cross. 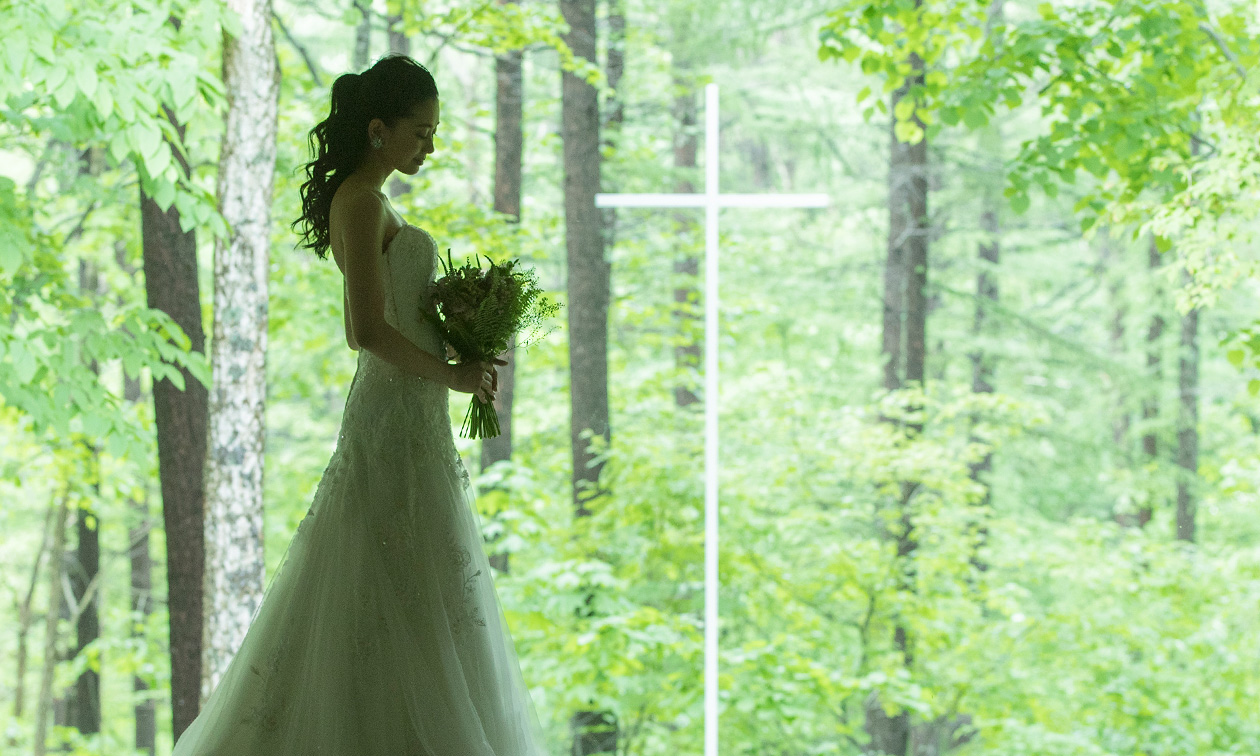 A special space in front of the holy forest that enhances the beauty of the bride.

Birdsong, the whisper of trees and a squirrel in the branches – each is a blessing from the forest.

You can enjoy the romantic snow season at a Nidom wedding.

Memorial showing a deep relationship between a great musician and Nidom

In 1990, Leonard Bernstein, one of greatest musicians of the 20th century, composed a gratitude song about Nidom, a place he said had “brought me alive.”
The lyrics of the melody include the line “Nidom means peace and freedom!”
The maestro did not revisit Nidom, but the deep relationship has been passed on.
back